This open and free-form game follows a simple, group story-telling formula to allow each player to take control of the narrative. Players can use the Kwik Play Rules to play as dogs in silly situations, or jump into the full campaign, taking care of their flowers and even playing as the horrifically glitched cats.

DOGS the Gaem takes place in a world of millions of identical suburban landscapes lost among an endless and sprawling jungle. Cats are horrifying and nearly omnipotent creatures made up of broken coding. Humams are jerks and sometimes you teach them a lesson. Other times, you just focus on doing dog things.

What would your group like to do today? Take down the pet store? Sneak into a movie theater? Eat the squirrel you found yesterday and buried?

It’s DOGS the Gaem, play however you want.

And look out for the future supplements for Confluence that let you play a dog or cat character from this system in the greater Confluence system! 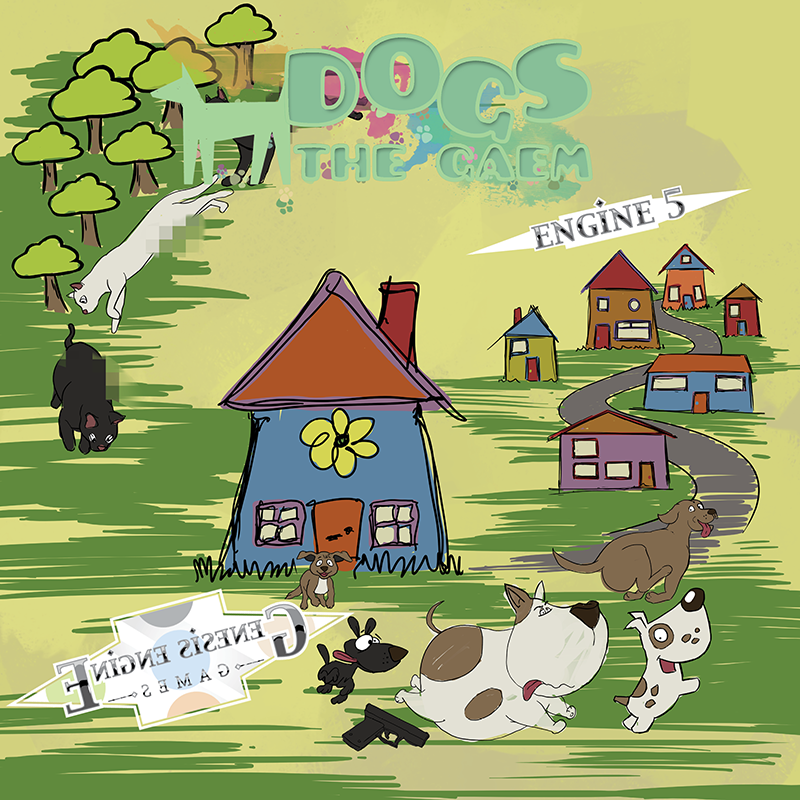